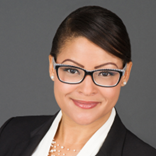 By Ivy B. Grey

What Is American Legal Style?

American Legal Style is an option in PerfectIt that transforms it into one of the most powerful, yet nuanced, proofreading programs available today for legal professionals.

American Legal Style checks everything from consistent capitalization of defined terms and use of acronyms, to legal-specific typos and transposed letters in terms of art. It finds formatting, spacing, spelling, and capitalization errors in Bluebook citations. It will also find misused words, such as “tent” for “tenet” or “tenant” and “compliant” for “complaint”, as well as commonly-mangled legal and business idioms.

Why I Created American Legal Style

Proofreading and editing is a pain point for every lawyer in every practice. Since written communication is the foundation of legal practice, lawyers are judged by their writing. A great document can earn trust—and a sloppy document can hurt your reputation.

As a law student and young associate, I idolized Bryan Garner and Ken Adams and travelled a long way to take their legal writing seminars. Despite my desire to be a great and careful writer, it still proved to be a challenge—particularly in my early days. The longer and harder that I worked, the less polished my documents became. Long hours and dense documents were not a recipe for success.

I’m not alone! Based on the documents that I receive from others and that I see filed with the courts, this problem is widespread. I knew that there had to be a better way. So I channeled my passion and my struggles into creating a tool that could help lawyers at any level to produce better work.

I worked with Intelligent Editing to develop a style sheet that could enforce legal writing style rules in the United States. My goal was to develop a system to keep track of difficult-to-remember rules and cut the amount of time spent proofreading. The result was American Legal Style, which is now built into PerfectIt and is available to everyone who has the software.

How I Created American Legal Style

To develop American Legal Style, I drew upon ten years of legal practice experience, my past role as Chief Notes & Comments Editor of the Houston Business & Tax Law Journal, and the leading legal writing and style guides.

I pored over the Bluebook: A Uniform System of Citation, The Redbook: A Manual On Legal Style by Bryan Garner, and Black’s Law Dictionary. I performed numerous page-by-page reviews of each source and selected the most common errors and tricky or hard-to-remember rules to build into American Legal Style, such as italics, hyphenation, and capitalization. I also consulted Strunk & White’s Elements of Style, Legal Writing in Plain English, Garner’s Dictionary of Legal Usage, Adams’ Manual of Style for Contract Drafting, and Butterick’s Typography for Lawyers, among others, to add more guidance that lawyers should follow.

Because I was committed to building a practical tool, I used my real-world law practice experience—and legal documents—to anticipate mistakes and recommend intelligent corrections. As a seasoned and successful practicing lawyer who worked on multi-million-dollar matters, I wanted to provide sophisticated content and fixes that could improve final written work like an outside mentor or editor would. The result is 30,000 lines of hand-selected, legal-specific corrections and content that has been continually tested, expanded, and improved.

What Goes Into American Legal Style?

As lawyers, we are expected to quickly produce documents according to best practices. That means following the rules set out in multiple style manuals. But to do so properly, lawyers would have to look up the information in several places or memorize thousands of pages of arcane rules. It’s just not realistic. It’s also hard to delegate this task to someone who hasn’t spent a lot of time internalizing these rules.

American Legal Style is a software solution that pulls together guidance on legal writing so that lawyers can quickly apply the rules, style, guidelines, and writing techniques expected of them—and it cuts down the time. Let’s consider each of the major sources that lawyers are expected to have virtually memorized.

The Bluebook: A Uniform System of Citation

The Bluebook is the most-used citation manual for lawyers. Lawyers are expected to consult it and follow it for proper presentation of citations and any supporting references in legal documents. In a correct Bluebook citation, everything matters. The spacing matters. The locations of the periods matter. The capitalization matters. To create a Bluebook-compliant citation, it can require looking in four places: Bluebook Rule 10.4 (a) & Bluebook T1.1, T7, and T10.1. I combed through the Bluebook, analyzing its rules and tables, and comparing them with how legal writers actually write their citations. I included those errors and inconsistencies so that American Legal Style can correct them.

Black’s Law Dictionary is the reference that lawyers use to confirm meaning. However, it also contains rules for spelling, italicization, hyphenation, and capitalization of terms of art. For example, it shows that the phrase “efficient-breach theory” is a term of art in contracts law and should be hyphenated. I scoured Black’s Law Dictionary to determine a list of correct uses, and added those to the rules that American Legal Style can enforce.

The Redbook: A Manual On Legal Style

The Redbook serves as the legal writing style Bible. It covers legal writing rules and style guidelines and is widely accepted as the definitive guide on proper legal writing. Garner’s advice on language and use goes far beyond what any software could cover. However, for American Legal Style, I compiled and distilled rules that could be applied through software, focusing on the errors that were most likely to appear and present a challenge. Topics included use of Latin legal terms, disfavored legalese, hyphenation rules, and use of em- and en-dashes.

I also programmed American Legal Style to catch common errors in business and legal colloquialisms. For example, if you refer to the allocation of praise or punishment, the correct spelling of the phrase is “mete out”. As a result, I added “meet out” as a phrase for American Legal Style to check and correct. The software doesn’t understand the complexities of language, so every potential change is presented to the user. The program will not make corrections unless the user wants them (for example, it will alert the user to the phrase “meet out of doors” and it’s important that suggestion isn’t followed because the spelling is correct in that usage).

Bringing Guidance Together and Managing Conflicts

Of course, just as no two lawyers can be expected to agree, no two legal writing guides agree completely either! Where there were conflicts, I prioritized the weighty rules that most lawyers agreed on, and opted for internal consistency for others.

Finally, we acknowledge that while lawyers would like to improve their final work, most do not want to change how they write. American Legal Style is the only legal writing tool that brings together the most-respected leading legal writing guidance, but still allows you to write your own way. We’ve focused on polishing your document, not changing your voice. And with PerfectIt’s guided interface, every decision remains with you.

How to Work With American Legal Style

You work with American Legal Style in the same way that you would proofread any document. The software does multiple read-throughs to check in the following ways:

American Legal Style checks your Bluebook form, but it doesn’t validate your citations. It finds errors such as misplaced periods, transposed letters in court and reporter names, incorrect capitalization, and missing or extra spaces. For example:

But checking presentation and validating citations are different functions. Because American Legal Style doesn’t validate citations, it can’t tell whether the proper cite for Marbury v. Madison is “5 U.S. 137” or “5 U.S. 173” or whether it is the appropriate authority to cite for your proposition. Its purpose is to correct formatting and cut time spent checking guidance (and reduce Bluebook-related anxiety).

In its default form, PerfectIt is a consistency-checker, which makes it a great tool for legal writers. It checks for capitalization of headings; punctuation of bullet points and lists; hyphenation of prefixes, suffixes, terms of art, and defined terms; paired punctuation, such as quotation marks; and presentation of numbers. Each of PerfectIt’s built-in checks looks for internal consistency within your document and calls your attention to any potential errors.

Combining my own experience as an editor and lawyer with my personal use of legal writing guidebooks, I added the following checks:

How Legal Checking Has Evolved

It’s exceedingly difficult to draft and review your own work. That’s why the standard advice is to have a colleague proofread for you. Unfortunately, that’s not always practical—and even when it is, people still make mistakes. Fortunately, there’s legal-specific proofreading software to help. American Legal Style for PerfectIt acts as a trained and tireless second set of eyes ready to meticulously and quickly proofread your documents at any hour. There’s a free trial available so you can see for yourself.

About the Creator: Ivy B. Grey, JD, LLM

Ivy B. Grey is the creator of American Legal Style and an advisor to PerfectIt. Her work on technology competence and ethics has made her a respected thought leader in legal tech. In 2018, Ivy was recognized as a FastCase 50 Honoree and Women of Legal Tech by the ABA Law Technology Resource Center. During her decade of legal practice, Ivy was named a Rising Star in the New York Metro Area for five consecutive years, and her significant representations included In re AMR Corp. (American Airlines) and In re Filmed Entertainment Inc. (Columbia House).

Give Your Microsoft Word a Legal Education