Is it an attack on pretentiousness? A plea to stop worrying about unimportant trivia? Or simply a tirade against all things grammatical?

If you’ve been lulled by the song into thinking that the Oxford comma doesn’t matter, you’d be mistaken. Here’s why.

What Is the Oxford Comma?

The Oxford comma is the final comma that comes before the conjunction in a list of three or more items. Its name comes from the Oxford University Press (OUP), where for over a century it has been standard in the Oxford Style Manual. Sometimes it’s called a ‘serial comma’, and less frequently a ‘Harvard comma’ (from Harvard University Press). Whatever it’s called, this pesky piece of punctuation has been the subject of passionate argument between its advocates and its detractors for decades.

The exact origins of the Oxford comma are unknown, but printed references can be traced back to indexer and writer F. H. Collins, who in 1905 published his Authors’ and Printers’ Dictionary, and to Horace Hart, the Controller of the Press at OUP, who compiled his Rules for Compositors and Readers the same year (which is still in print as Hart’s Rules). Both Collins and Hart advocated the Oxford comma, not from adherence to any grammatical rule, but as an arbitrary decision based largely on the opinion of the Victorian scientist and philosopher Herbert Spencer.

So if the Oxford comma is not grammatically obligatory, why use it? To understand that, let’s consider the role of punctuation.

What Is the Point of Punctuation?

The main purpose of punctuation is to aid the reader by eliminating confusion and clarifying meaning. Its secondary purpose is to help the writer to convey information more subtly, to add emphasis and to dictate the pace at which the text is read.

The squiggly little dot now known as the ‘comma’ was invented around AD 1500 by Aldo Manuzio, a Venetian printer, to separate items printed next to each other. Nowadays, the comma is generally regarded either as a stylistic device to mark a pause (a breath), or as an integral part of the underlying grammatical structure in order to convey a precise meaning. The Oxford comma can be used in exactly the same ways.

What Difference Does the Oxford Comma Make?

The Oxford comma is used before the final conjunction (‘and’ or ‘or/nor’) in a list of three or more items. So: ‘the bouquet contained roses, tulips, and carnations’. It would be quite possible to write this sentence without the final comma: it is just as easy to understand.

But what about the following example, alluded to in the lyrics of ‘Oxford Comma’: ‘I have 50 tonnes of iron, 50 pounds of steel and coal’? Does it mean that the steel and coal together should weigh 50 tonnes, or that the coal is an additional, unspecified quantity? Insert the Oxford comma after ‘steel’ and it all becomes clearer. 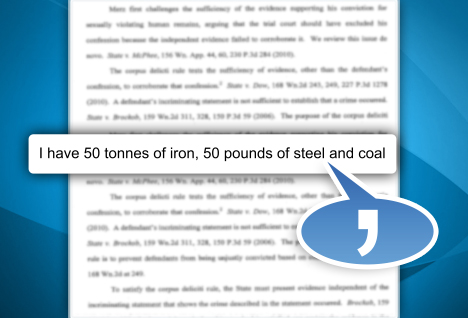 Figure 1: How much steel and coal do I have?

Another example of potential confusion arises when the conjunction ‘and’ appears more than once. ‘He ordered tea, bacon and eggs and toast’ may result in the diner receiving a plate of bacon and eggs, with the toast nicely presented in a toast rack. On the other hand, he may find his bacon nestling against his scrambled eggs beautifully arranged on top of the toast. Those with very particular breakfast preferences beware!

There are dozens of other examples, many of which can be found on the internet, illustrating how the Oxford comma eliminates ambiguity and absurdity. ‘The country-and-western singer was joined onstage by his two ex-wives, Kris Kristofferson and Waylon Jennings’ is a favourite. The insertion of a comma after ‘Kristofferson’ would make the meaning much clearer – although the unintentional humour would sadly be lost.

Another argument supporting its use is that its inclusion is consistent with other ways of separating list items. A list which employs semicolons rather than commas, for example, would include punctuation before each of the items. Anti-commanists refute this, however, with some even claiming that its inclusion, far from removing ambiguity, can actually introduce it. Consider the following: ‘I owe my love of music to my father, Igor Stravinsky, and Dire Straits’. In this case, the Oxford comma could be mistaken for the normal punctuation used for a phrase in apposition – and Stravinsky gains a son or daughter.

So, sometimes an Oxford comma is essential to ensure clarity of meaning. But what about instances where there is no ambiguity? In those circumstances, its use should be governed by the style appropriate for the document.

The preferred style in British English is not to use the Oxford comma. One obvious exception is OUP where it is standard in the Oxford Style Manual, though curiously the Oxford University Public Affairs Office advises it only to prevent ambiguity. Fowlers and some scientific and technical publishers also prefer to use it, to avoid ambiguity and potentially serious misunderstanding.

American English is much more committed to the serial comma, with many major style manuals in the US advising its use, while Canadian and Australian guides usually only support its use to eliminate ambiguity. However, journalists in most countries generally avoid it, perhaps because the regular insertion of a comma can add considerably to the length of the newspaper text, or because the nature of journalism demands a freer, faster style of writing.

Check It With PerfectIt

The Oxford comma has been around for centuries, but is entirely optional: the rules of punctuation do not demand its use. Technically it’s never wrong, but it may not always be necessary. How do we decide?

For an editor, consistency is paramount. If your clients have their own house style, follow their guide. If you are deciding for yourself, then choose the style appropriate for the document, and stick to it throughout. And the easiest and quickest way of doing this is to use PerfectIt.

By default, PerfectIt won’t check Oxford commas. It waits for the user to choose a preference either to include them or not. Then it checks the entire text, and identifies all instances which don’t match your preference. You then have the opportunity to accept or reject PerfectIt’s recommendation. The English language is a complex structure, whose subtleties are often not detectable by a computer program, and occasionally ‘false positives’ will be thrown up. PerfectIt is an excellent editing tool, but cannot replace the careful scrutiny of the human editor.

The Oxford comma test is just one of the many editing features and options available with PerfectIt. Running your document through PerfectIt will find inconsistencies in minutes rather than hours, saving you time and ensuring far more accurate and consistent editing. For a free trial, download it now from www.intelligentediting.com.

And if you’re still with Vampire Weekend in rejecting the Oxford comma, then one of the lines in their song may give you pause for thought: ‘Check your handbook.’ You may well find the answer to your editing dilemma already spelled out in your style guide.