Geography, Culturally Sensitive Writing, and Who Are the Dutch?

In a classic scene from the sitcom Seinfeld, George asks, "What is Holland?"

Jerry answers, "It's a country right next to Belgium."

"No, that's the Netherlands."

"Holland is the Netherlands."

"Then who are the Dutch?"

It's good television. However, if you're writing an article, book, proposal, or any formal document, then muddling your geography is a bad mistake. Geographic mistakes can not only lead to the rejection of your document, but you're also likely to offend your reader along the way. You never know who will be reviewing your work, or what their background is; so even a seemingly small mistake (such as not knowing who the Dutch are) can be costly.

Thankfully, style manuals can help. They cut through the confusion and offer precise advice. The European Union's guide explains, "Use 'the Netherlands' not Holland, which is only part of the Netherlands (the provinces of North and South Holland)". Style manuals also help with other geographic areas that are frequently confused. People who live in Northern Ireland are very aware of the difference between the terms 'Great Britain' and the 'United Kingdom'. However, for anyone that confuses the two, the EU guide suggests "Use 'United Kingdom' for the Member State, not 'Great Britain'". 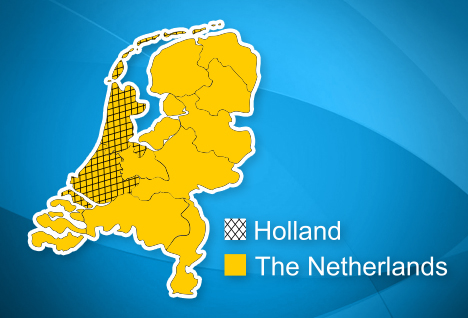 Figure 1: Holland is part of The Netherlands

The danger of causing offence is even greater in disputed territory where more than one name is given to the same place. It may be impossible not to offend anyone. However, style manuals still help. The United Nations Editorial Manual suggests that English language documents use "Falkland Islands (Malvinas)"; Spanish language documents describing the same islands should use "Islas Malvinas (Falkland Islands)". Another example is in the Middle East. A concerned author with readers that could be of either Palestinian or Israeli descent might consider checking the UN guide and using the term "Occupied Palestinian Territory" to describe Gaza and the West Bank. You can't please everyone. But following a style manual reduces the chance of causing major offence.

Geography is just one way in which careless authors can cause offence. Ethnicity, gender, age, ability, and illness are all sensitive topics that require caution. Checking a style guide relevant to your topic or audience can help. Here are just a few examples of words that need to be considered before using them:

Terms that may be offensive in one nation or context may be acceptable in another; advice for certain words or concepts can vary depending on the manual and context. The table above provides just a few examples to look out for. Review your writing with great care and double check any term that readers might find offensive, even if it seems to be a common colloquialism. Remember that language is constantly changing. A term that was acceptable when you were in school may now be considered offensive or insensitive.

No matter how careful you are, everyone makes mistakes, and a word can slip past. If you're working in any kind of professional environment, you can offend employees and customers, or lose time and money on documents that get rejected. A better approach is to use software checkers to search for words that should be avoided. Tools like PerfectIt can be customized to suit your house style and search for terms that should never appear in documents that leave your desk. Even better, with PerfectIt you can automatically check for preferences/sensitivities in line with the European Union Style Guide, the United Nations Editorial Manual, Australian Government Style, or Canadian Style. PerfectIt is free to try, and it's the best way to ensure quality across an entire organization.

Whether or not you use an automated checker to supplement your own manual checks, the most important thing is that you remember to review carefully. Don't skip this search, assuming words and concepts are okay just because they aren't offensive to you. It isn't about what words you find offensive — it's about your reader. Your reader doesn't even have to be personally affected in order to think less of someone who writes insensitively. After all, your readers could be Dutch and they won't be impressed with an author who learned geography from Seinfeld.